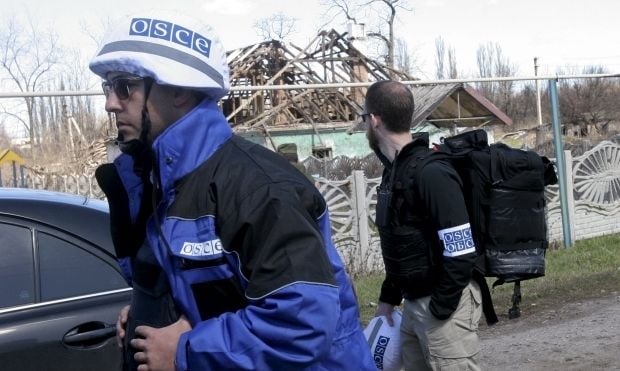 "I want to note an important point, that last week, on May 28-29, in the area of Donetsk our observers came across three armed men in camouflage uniforms with the stripes of Russian army units," he said.

In addition, Bociurkiw said that the observers also spotted military equipment with license plates from the Russian Federation.

As UNIAN reported earlier, Assistant Secretary-General for Human Rights Ivan Šimonović said that the UN had recorded more signs of Russian involvement in the Donbas war.