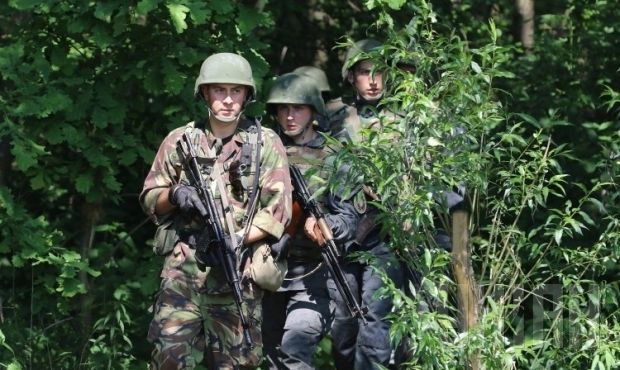 "After being defeated near the town of Maryinka, the militants continued to attack the Ukrainian army at night. In the area of Mariupol, they fired artillery, mortars, rocket-propelled grenades and small arms on the village of Shyrokyne," the press center said.

In the area of Artemivsk, the militants fired a grenade launcher on the town of Zolote, and small arms on the village of Leninske.

"They fired mortars and artillery on the village of Hnutove and the town of Maryinka," the press center said.

"During this period, the Ukrainian army recorded 18 reconnaissance overflights by enemy drones," the ATO headquarters said.