One of them was an AfD politician from the Berlin district of Marzahn sitting in the Berlin City Parliament. 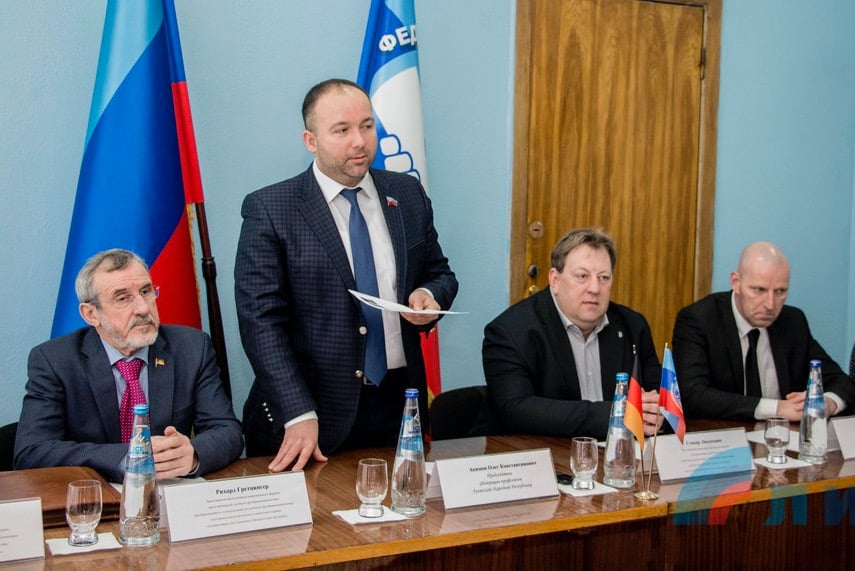 Representatives of German right-wing populists (AfD) have arrived in Russia-occupied Luhansk to take part in an "official" event of the self-proclaimed "Luhansk People's Republic" ("LPR").

This was reported by Ukraine's European Pravda media outlet with reference to a tweet by journalist from Bild Julian Röpcke.

"The #AfD once again violates Ukrainian law and illegally visits the so-called 'Luhansk People's Republic' in Russia-occupied eastern Ukraine," the journalist wrote in German on Twitter on Tuesday, February 4.

At a meeting with members of the "LPR" were Gunnar Lindemann, an AfD politician from the Berlin district of Marzahn sitting in the Berlin City Parliament, and Richard Gretzinger, a member of the board of the AfD regional office. They were accompanied by German Prof. Dr. Henning Zoz.

This was not their first visit to the occupied part of Donbas. Lindemann and Gretzinger were "observers" during the illegal "elections" held by Russian occupying authorities in eastern Ukraine in the autumn of 2018.

What is more, both AfD members visited Russia-occupied Crimea in violation of Ukrainian laws.