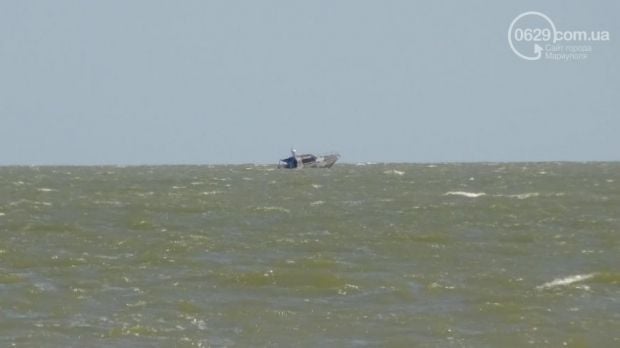 "According to the preliminary conclusions of experts, the cause of the accident was an improvised explosive device that was put to sea from the occupied territories," the report says.

According to experts, the improvised explosive device consisted of a wooden cross, foam elements and an object similar to a metal cylinder with a beacon.

"The border guards on board the boat thought that the unknown object was a beacon and tried to pull it towards the boat. At that moment the device blew up. As a result of the explosion, the boat was damaged and the persons on board received injuries of various degree of severity," the press center said.

As reported, a similar device recently washed ashore near the village of Vynohradne. A fisherman who found it and tried to take it apart was injured. Both explosive devices drifted from militant-controlled territories, probably from the village of Bezimiane, the press service said.