Fighting between Ukrainian forces and Russian-backed militants intensified in the area of Artemivsk in the early hours of Monday, the press center of the Anti-Terrorist Operation reported on its Facebook page on Monday morning. 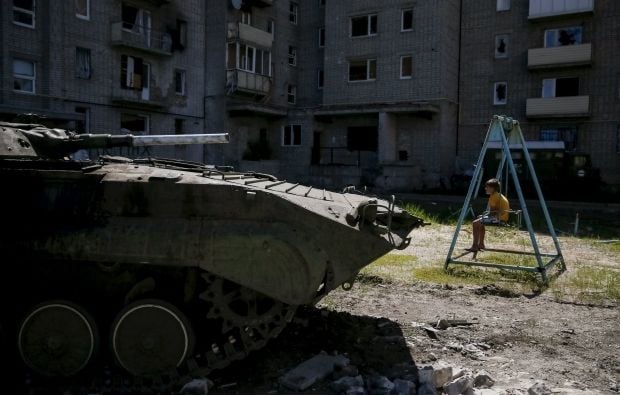 "In the area of the villages of Semyhiria and Pershe Travnia, the militants fired 122mm artillery on the positions of the Ukrainian army,” the press service said.

Artillery of this caliber should have been pulled out of range of the front line weeks ago according to the Minsk peace agreements. But the OSCE, which is monitoring the fulfillment of the agreement's terms, has noted breaches of this point on many occasions.

In particular, the OSCE last week observed the militants moving heavy weapons towards the front line just hours before the DPR organization launched a major attack on the government-held town of Maryinka in Donetsk region on Wednesday.

The Ukrainian military later informed the OSCE it had moved its own heavy weapons forward, in breach of the Minsk agreement, in order to fend off the militant attack.

“[The militants] also fired 120mm mortars three times on the village of Leninske. In addition, a militant tank fired on the positions of the Ukrainian armed forces near the villages of Slavkovychi and Pershe Travnia," the ATO press service said.

The militants also fired 120mm mortars on the positions of the Ukrainian army near the village of Oprosne, the town of Avdiyivka, the mine of Butivka in Donetsk region, and the village of Shyrokyne near Mariupol, the press service said.

"During this period, the Ukrainian army recorded ten reconnaissance overflights by enemy drones near Luhansk and in the area of Artemivsk," the ATO headquarters said.