Defense minister: more than 150 people killed, including 50 civilians, since February 15

More than 100 members of the Armed Forces of Ukraine, and over 50 civilians, have been killed since a ceasefire was supposed to have come into effect in Ukraine on February 15, Ukrainian Defense Minister Stepan Poltorak said at a meeting of the NATO-Ukraine Inter-Parliamentary Council in Kyiv on Monday. 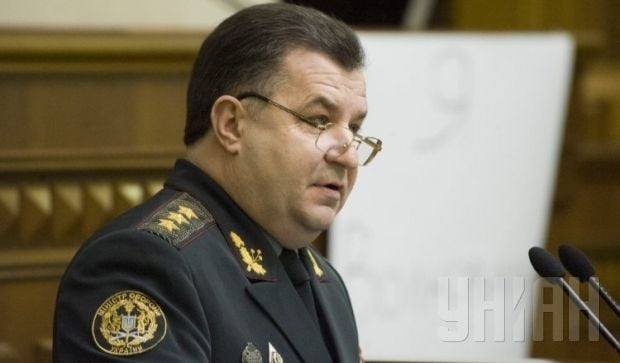 According to Poltorak, the recent battle in Maryinka demonstrates that “the militants and their Russian handlers are not willing to comply with Minsk agreements,” and these agreements are once again in jeopardy. In addition, the minister said, the militants impede the work of the OSCE observer mission and are not withdrawing their heavy weapons.

The number of militants’ attacks has more than doubled compared to April, while since the announcement of the ceasefire on February 15, the militants have violated it more than 4,000 thousand times, while also carrying out 120 attacks on Ukrainian residential areas.

"As a result, more than 100 members of the Armed Forces of Ukraine have been killed, and over 50 civilians," Poltorak said.