The man was apprehended in Arkhangelsk region. 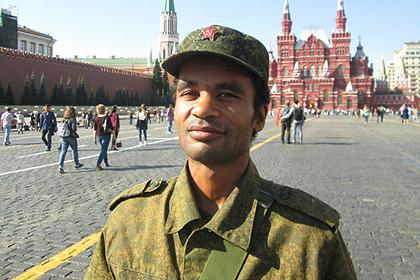 The man, who was apprehended in the village of Shiyes, Arkhangelsk region, at the request of Ukraine, was taken to the town of Kotlas and later released, the local Echo Severa [the Echo of the North] news outlet reported, citing sources in police.

"Thus, the incident can be considered settled," the report said.

UNIAN memo. Beness Aijo, 40, a Latvian citizen of Russian/Ugandan ethnicity. He has been an activist of the National Bolshevik Party since 1998, member of the Communist Party of Great Britain (Marxist-Leninist), and the Korean Friendship Association-UK. Aijo has participated in many actions in solidarity with Palestine. He was active in the 2014 annexation of Crimea by the Russian Federation and joined Russia-led forces fighting against Ukraine in Donbas. Aijo has been arrested multiple times and tried for his political activities.

He was arrested in Shiyes, where he came to support local residents protesting against the construction of a landfill.

If you see a spelling error on our site, select it and press Ctrl+Enter
Tags:RussiaDonbasUkraineDPRpoliceterroristmercenaryrelease