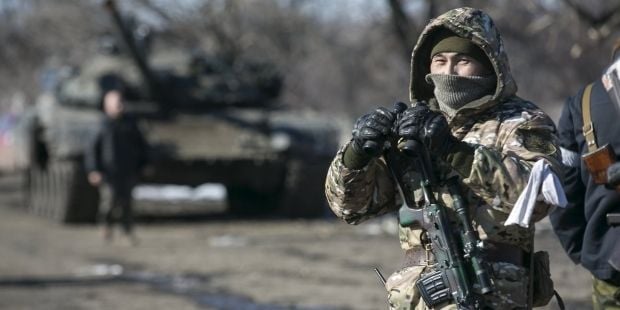 "Until midnight, the tensest situation was in the area of Artemivsk. The militants fired 152mm artillery systems twice on the village of Kurdiumivka. In addition, they fired various caliber mortars, rocket-propelled grenades and small arms on the positions of the Ukrainian army near the villages of Kirove, Lozove, the town of Zolote and the village of Nelipivka," the report says.

"After midnight, the Russian-backed militants were active in the area of Luhansk. They fired 152mm artillery systems twice on the village of Triokhizbenka, as well as Grad multiple rocket launchers on the village of Novotoshkivske."

"The militants also fired 120mm mortars on the town of Maryinka at night. In addition, they fired the same type of weapon near the town of Popasna, the villages of Stepne and Novozvanivka," the report reads.

"During this period, the Ukrainian army recorded more than ten reconnaissance overflights by enemy drones," the ATO headquarters said.