This is yet another evidence of Russian involvement in the Donbas war, which will be provided to the International Criminal Court in The Hague. 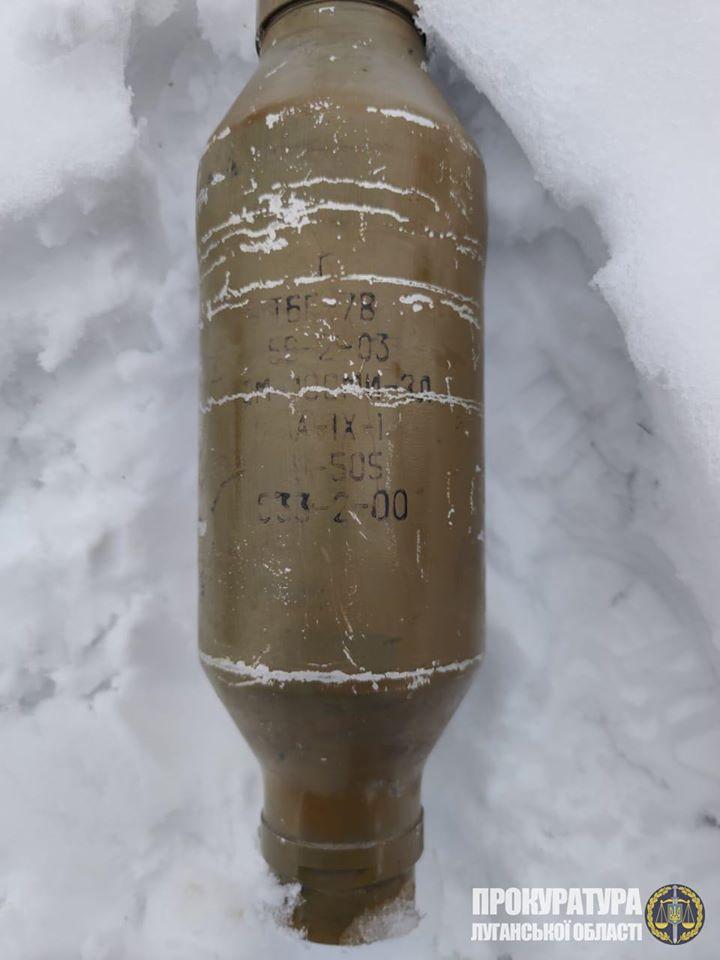 A high-impulse thermobaric explosive has been found during a demining effort clearance in Donbas, within the zone of the Joint Forces Operation.

"In the area of the Joint Forces Operation, work continues on documenting more facts of arms supplies by the Russian Federation to the illegal armed groups in the temporarily occupied territory of Luhansk and Donetsk regions," the press center of the Ukraine's Joint Forces Operation Command said.

The evidence revealed was a TBG-7V high-impulse thermobaric shell (for an RPG -7V grenade launcher), manufactured in Russia in 2003.

It was found during mine clearance near the disengagement site in Stanytsia Luhanska.

"The specified ammunition is not manufactured in Ukraine and isn't in service with the Armed Forces of Ukraine. It is used exclusively by the army of the Russian Federation," the JFO HQ said.

The prosecutor's office of Luhansk region, together with the officers of the SBU's Military Counterintelligence and the Pivnich [North] tactical group, which are part of the Joint Forces, have documented the fact. The new piece of evidence has been attached to the case file as part of criminal proceedings under Part 2 of Article 437 (conducting an aggressive war) and Part 1 of Article 438 (violation of the laws and customs of war) of the Criminal Code of Ukraine.

According to investigators, this type of weapon is used by representatives of the Russian armed forces and the Russian occupying administration in Luhansk region to carry out military aggression against the Ukrainian armed forces.

Later, material evidence will be forwarded to the Office of the Prosecutor at the International Criminal Court as another proof of Russia's involvement in the armed conflict affecting eastern Ukraine.