Russian-backed militants in the Donbas attacked Ukrainian army positions about 30 times from Thursday evening to Friday morning, the press center of the Anti-Terrorist Operation said on its Facebook page on Friday. 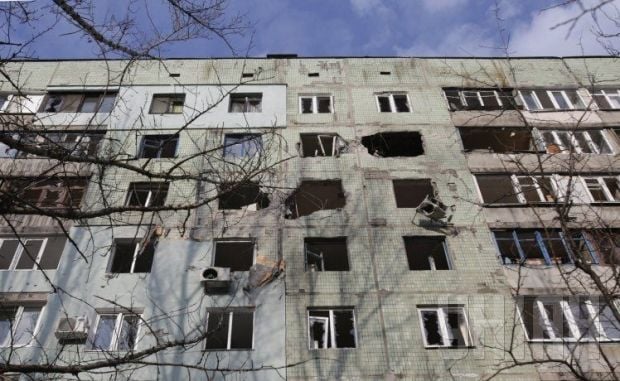 "The situation was tense in the area of Donetsk. The militants fired 120mm mortars, 122mm artillery systems, grenade launchers, small arms and weapons from combat vehicles eight times on the village of Pisky. They also fired on the mine of Butivka and the village of Opytne in the same area," the report says.

In addition, in the area of Luhansk, the militants fired grenade launchers, 82mm mortars and heavy machine guns on the town of Shastya, the villages of Nyzhnioteple, Sokilnyky, Novotoshkivske, Krymske and Donetske.

"At midnight, the Russian-backed militants fired 120mm mortars on the town of Maiorsk in the direction of Artemivsk. In the morning, they fired 122mm artillery on the positions of the Ukrainian troops near the village of Luhanske," the report reads.

According to the press center, the night was quiet near the town of Mariupol.

"During this period, the Ukrainian army recorded 15 reconnaissance overflights by enemy drones," the ATO headquarters said.