Russian-backed militants in the Donbas attacked Ukrainian army positions and residential areas more than 40 times from Sunday evening to Monday morning, the press center of the Anti-Terrorist Operation said on its Facebook page on Monday. 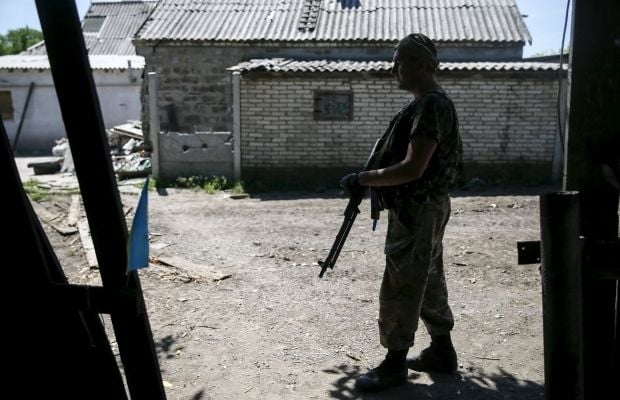 "Starting from 1800 last night and until this time, Russian-backed militants attacked Ukrainian troops more than 40 times," the report says.

According to the press center, the militants fired mortars and howitzers of calibers over 100mm (weapons that were supposed to be withdrawn out of range of the front line according to the Minsk peace agreements) until midnight on the villages of Opytne, Taramchuk, Berezove, Pisky, the towns of Maryinka and Krasnohorivka.

The militants fired the same systems on the positions of the Ukrainian armed forces near the village of Stepne in Luhansk region, and twice on the village of Novotoshkivske near Artemivsk.

"An enemy tank fired on the positions of the Ukrainian troops near the villages of Opytne and Pisky," the press-center said.

The night was rather quiet in the area of Mariupol, except for isolated cases of the use of small arms and rocket-propelled grenades.