Ukrainian soldier killed in Krymske, part of village left without power after shelling 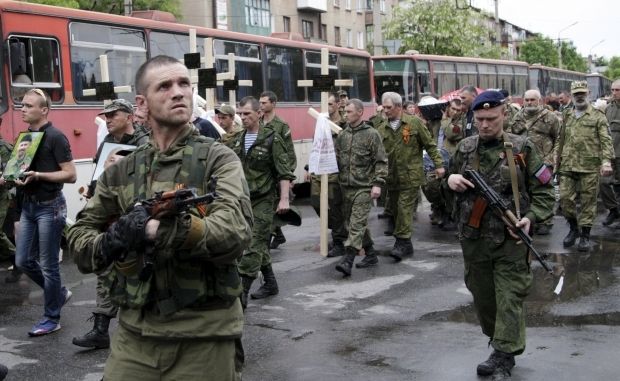 According to the report, residential areas and civilians did not come under fire from the militants.

However, at about 1300, a 36-year-old Ukrainian soldier was severely injured as a result of heavy mortar shelling.

"The wounded man was taken to hospital. Unfortunately, he died after a few hours," the report says.

The last mortar attack on the village of Krymske was at about 0300 on Monday.

"It is worth noting that the 35-kV power line was damaged as a result of mortar shelling, part of the village has no electricity. Repair work will begin after emergency crews get approval from the Ukrainian military," Moskal said.