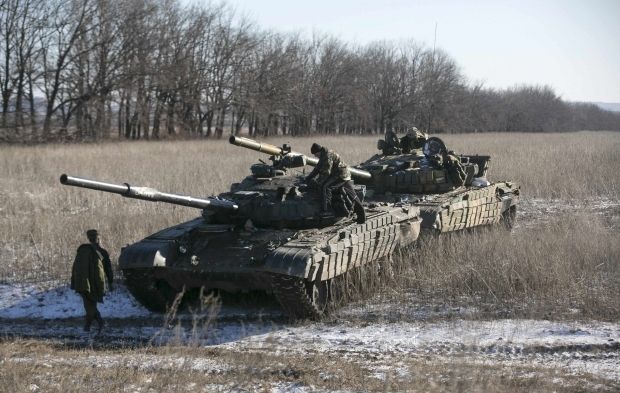 According to local residents, the column was moving in the direction of Donetsk.

Russian-made T-72B3 tanks are equipped with the Kontakt-5 reactive armor system. Russia denies sending troops tanks, and other weapons into Ukraine, but a large and growing body of evidence indicates that it in fact does so regularly.

As UNIAN reported earlier, the OSCE special monitoring mission recorded a significant concentration of military hardware to the north-east of Mariupol.