Experts say both representatives of Ukraine, France, Germany, and the occupiers will sit at the negotiating table, in particular, at the Advisory Board. 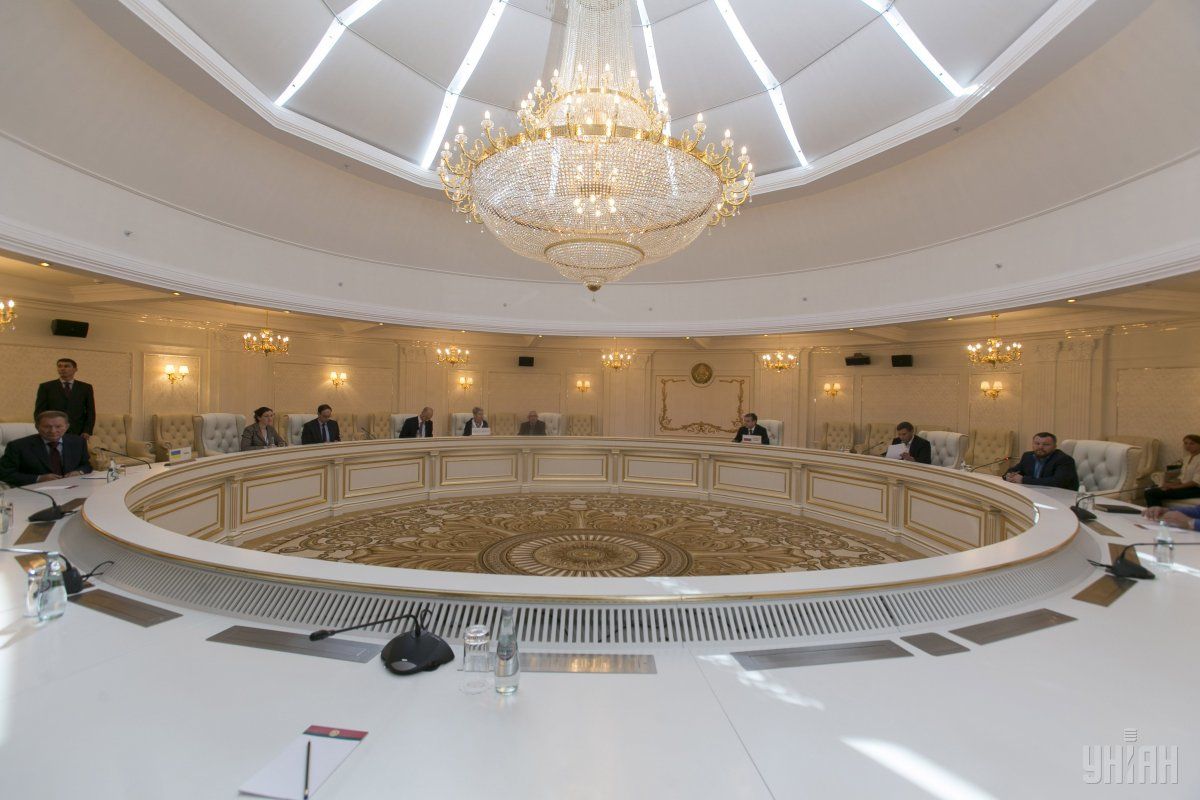 The Political Advisory Board as part of the Trilateral Contact Group (TCG), the creation of which was approved during the meeting in Minsk on March 11, provides for subjectivity of certain areas of Donetsk and Luhansk regions, and Russia acquires the status of a guarantor along with Germany, France and the OSCE.

The TCG's decision on the establishment of an Advisory Board will be signed on March 25, 2020 after consultations with representatives of the OSCE, France and Germany.

"The main task of the Board is to carry out dialogue, consultations and formulate proposals on draft political and legal decisions to resolve the conflict in accordance with the Package of measures, in particular, regarding the conduct of elections in certain areas of Donetsk and Luhansk regions," reads the document.

The criteria and procedure for determining the members of the Board will be determined by Ukraine, Russia, Germany, France and the OSCE. 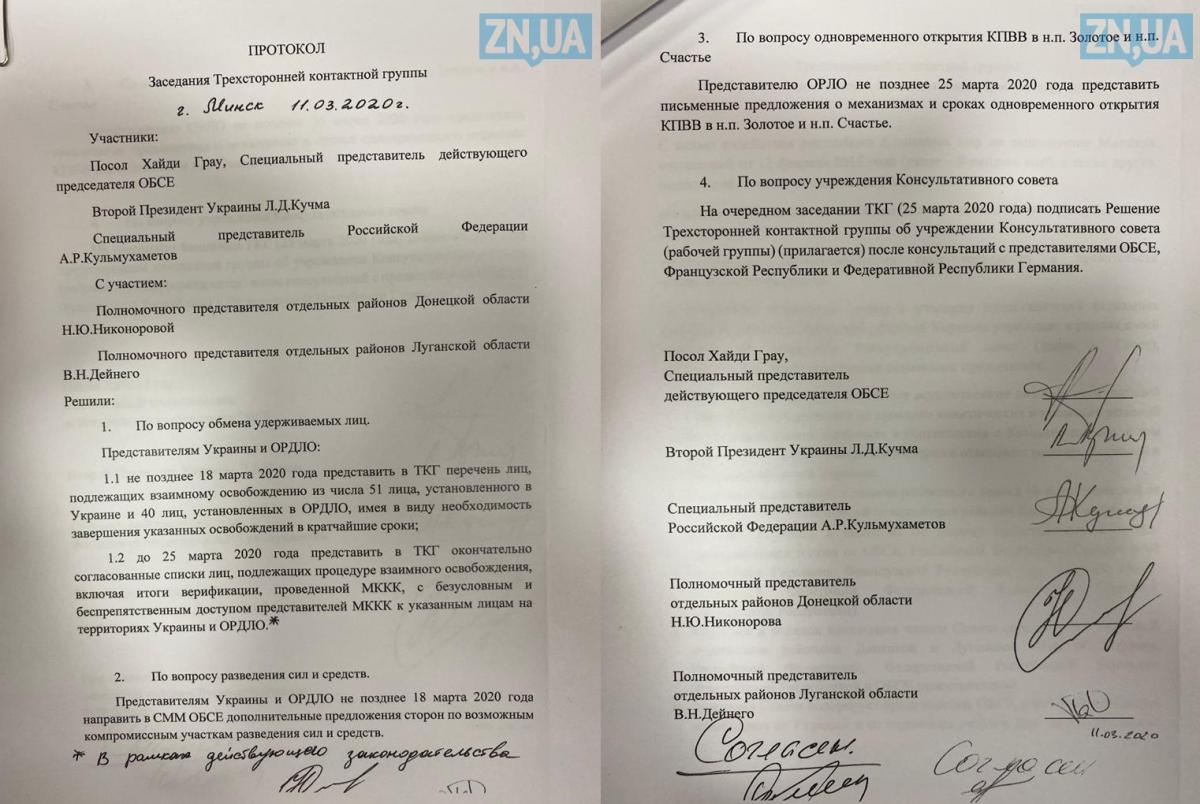 Experts say both representatives of Ukraine, France, Germany, and the occupiers will sit at the negotiating table, in particular, at the Advisory Board, and Russia will become a mediator, but not a party to the conflict.

In addition, the document only briefly mentions an immediate ceasefire, but the basic wording is "the need for an overall political settlement of the conflict."

As UNIAN reported earlier, the regular meeting of the Trilateral Contact Group (TCG) on Peaceful Settlement of the situation in Donbas was held in Minsk on March 11, during which Head of the Office of the President of Ukraine Andriy Yermak and Deputy Head of the Administration of the President of the Russian Federation Dmitry Kozak agreed to simultaneously open the checkpoints in the towns of Zolote and Schastia.

The sides also reached an agreement on the exchange of detained persons, the disengagement of forces and assets, as well as the establishment of the Advisory Board.

If you see a spelling error on our site, select it and press Ctrl+Enter
Tags:RussiaDonbasUkraineFranceOSCEGermanyMinskconflictboardTCG