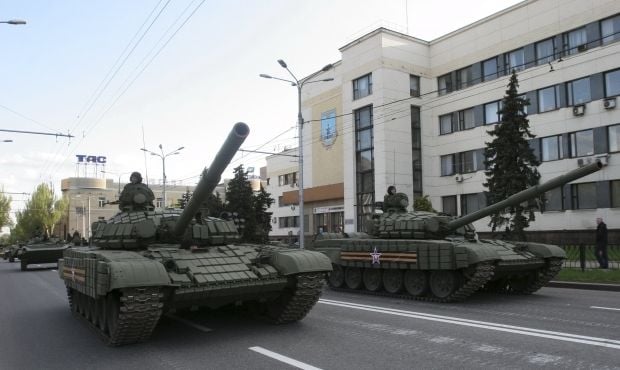 "The OSCE mission has recorded the movement of two T-72 tanks through the town of Shakhtarsk, which is controlled by the DPR's illegal armed groups. Four armoured vehicles have been seen in the eastern districts of the town of Zuhres," presidential administration spokesman for ATO issues Colonel Andriy Lysenko said at a press briefing on Sunday.

An SMM unmanned aerial vehicle detected a concentration of 10 tanks and 27 armoured vehicles in the town of Komsomolske and four self-propelled Gvozdika artillery systems near the village of Vasylivka in Donetsk region.

"These populated localities are quite close to the line of contact agreed [in Minsk] on September 19, 2014, therefore this heavy weaponry controlled by the illegal armed groups should leave these areas," Lysenko said.