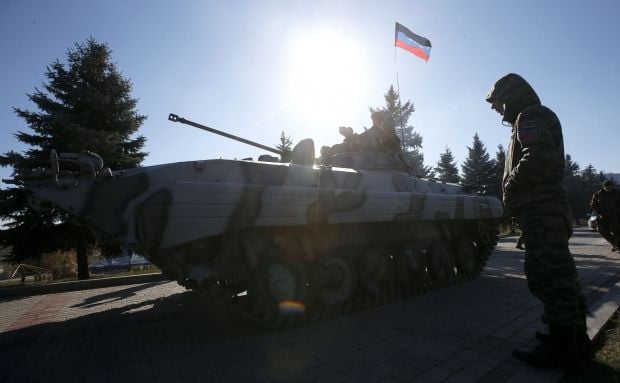 "The weaponry is concentrated in areas north and west of the town. In Horlivka itself, the Ukrainian armed forces have recorded the redeployment of an armored group of militants, including seven tanks, two infantry fighting vehicles, one MT-LB armored tracked vehicle and several Ural trucks, to the area of the mine of Lenin," he wrote.

Near the town of Novoazovsk, the Ukrainian army observed the movement of militant artillery, including six D-30 122mm howitzers, in the direction of Mariupol.