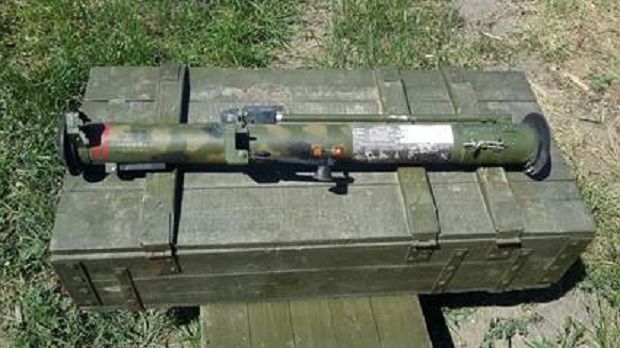 Photo from Security Service of Ukraine

During clashes with militants near the village of Oktiabr in Donetsk region, the SBU seized a small MPO-A "Bumblebee" flamethrower produced in 2008, which until has been used only by the Russian army , the press office of the SBU reported.

In addition, near the village Stanitsa-Lugansk in an area where ATO forces were being shelled by the militants, the SBU found and seized two containers for RShG-2 rocket-propelled grenades, made in 2006 and 2011, which are also used only by the Russian armed forces," according to the press office.