Russian-backed militants in the Donbas attacked Ukrainian army positions and civilian areas 64 times from Tuesday evening to Wednesday morning, the press center of the Anti-Terrorist Operation said on its Facebook page on Wednesday. 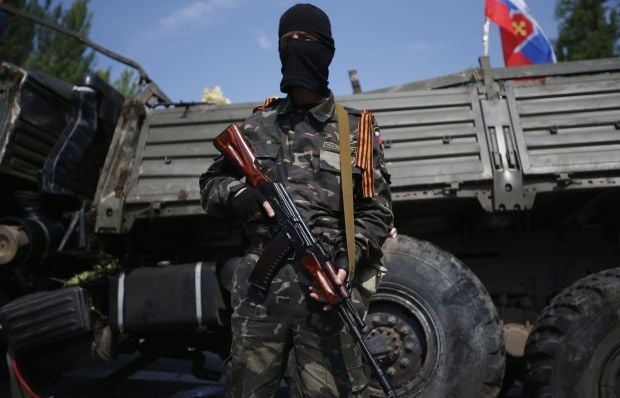 "The most popular weapon among the Russian-backed militants is still the banned 120mm mortar. The militants fired these weapons at least 25 times along the demarcation line. In addition, they fired 122mm and 152mm artillery systems many times," the report says.

According to the report, the most difficult situation is still in the area of Donetsk, in particular, on the outskirts of the town of Maryinka, the villages of Pisky and Opytne.

"After midnight, the activity of the Russian-backed militants fell slightly. At night, they fired tank shells once again on the town of Maryinka. They also fired small arms and rocket-propelled grenades on the village of Opytne and the town of Krasnohorivka near Donetsk, as well as on the village of Shyrokyne," the press center said.

"During this period, the Ukrainian army recorded several reconnaissance overflights by enemy drones along the demarcation line," the ATO headquarters said.