The EU expects Russia to exert its influence over controlled armed formations in Donbas to achieve a peaceful solution to the crisis. 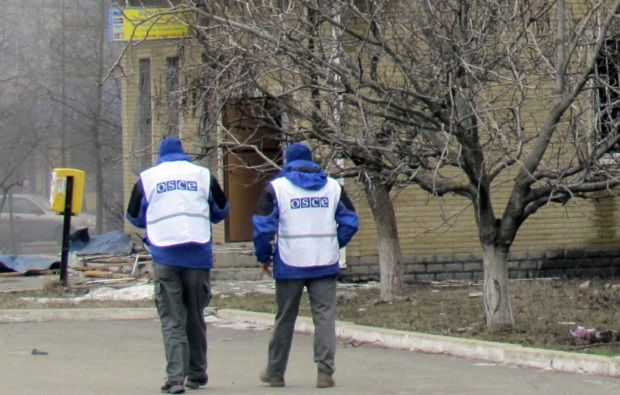 The European Union has demanded investigations into reported facts of the torture and ill-treatment of Ukrainian hostages in Russia-occupied Donbas.

"The latest report by the Office of the United Nations High Commissioner for Human Rights (OHCHR) confirms that the practice of arbitrary detention, torture and the ill-treatment of conflict-related detainees in eastern Ukraine continues. All sides must respect their obligations under international human rights and humanitarian law," Peter Stano, the lead spokesperson of European Union External Action for Foreign Affairs and Security Policy, said in a statement on March 27.

"In particular, the OHCHR report identified and further confirmed a consistent pattern of arbitrary detention, often amounting to enforced disappearance, torture and ill-treatment of conflict-related detainees in the so-called 'Luhansk People's Republic' and 'Donetsk People's Republic.' These practices and the impunity of their perpetrators must end. The accounts from released detainees of the conditions of their detention in the OHCHR reports are appalling. The EU expects immediate and comprehensive investigations into these reported violations," the statement underlines.

Furthermore, independent international observers, such as the International Committee of the Red Cross and the OHCHR, must be granted full and unconditional access to all detainees and places of detention, he said.

In this context, he stresses, the EU expects Russia to exert its considerable influence over the armed formations it backs in order to achieve a sustainable and peaceful political solution to the conflict in eastern Ukraine.

According to the statement, the European Union reiterates its full support for the independence, sovereignty and territorial integrity of Ukraine within its internationally recognised borders.

If you see a spelling error on our site, select it and press Ctrl+Enter
Tags:DonbasRussianAggressionEuropeanUnionhumanrightstortureOHCHRoccupiedDonbasDonbasWar