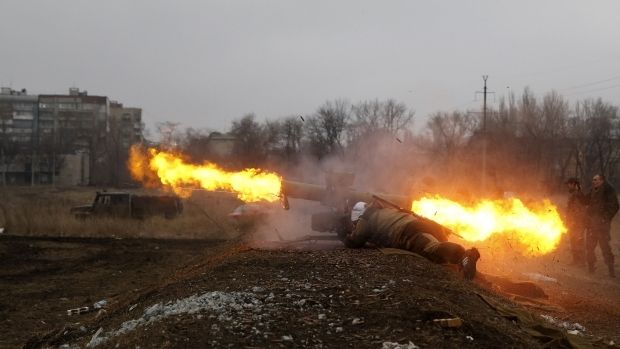 As UNIAN reported earlier, Russian-backed militants shelled positions of the Anti-Terrorist Operation (ATO) forces and infrastructure in nearby villages and towns about 35 times during the day on June 25.