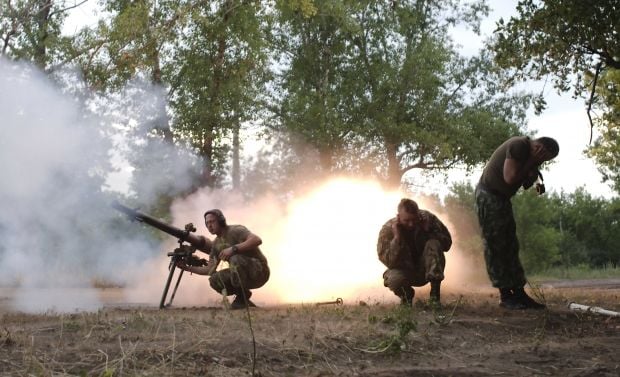 The militants haven't given up their attempts to provoke the Ukrainian military into the violation of the Minsk agreements and are actively looking for weak spots in the defense line of the Ukrainian troops, the press center said.

"At night, the Russian mercenaries actively fired 82mm and 120mm mortars from the militant-occupied city of Donetsk on our positions near the villages of Pisky and Novhorodske. In addition, they used incendiary mines," the press center said.

"But the Russian-backed militants were most active on the outskirts of the Ukrainian-controlled city of Mariupol. They fired different weapons several times on the nearby village of Shyrokyne. Around midnight, they fired 122mm howitzers and portable Grad multiple rocket launchers on the village of Berdianske," the report says.

"Thanks to timely and professional reaction by Ukrainian troops, militants' attempts to find loopholes in our defense have failed. Enemy weapons are duly identified and suppressed," the press center said.