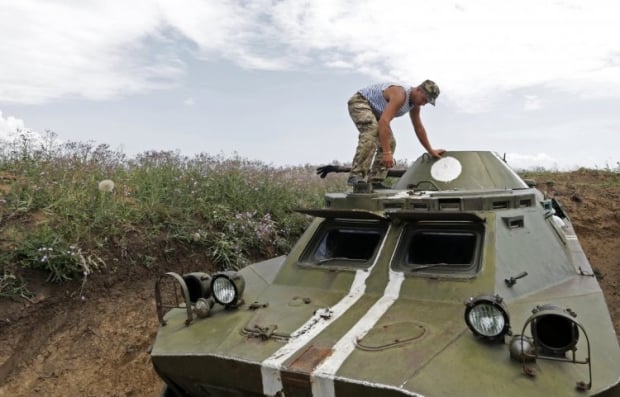 From 17:50 to 19:30, near the village of Bohdanivka, in close proximity to Mariupol, the Ukrainian military successfully repelled the attack of the pro-Russian militants.

Today, from midnight the militants used 120mm mortars against the positions of the Ukrainian armed forces near the villages of Novhorodske and Pavlopil in Donetsk region. In addition, near Pavlopil, at 04:10 the militants fired tank shells. Moreover, they fired small arms toward the town of Maryinka, the villages of Luhanske and Opytne in Donetsk region.

"The situation in the Donbas conflict zone is still under control of the Ukrainian military," the ATO press-center wrote.