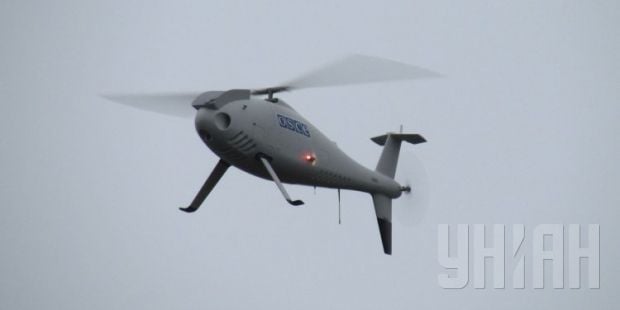 "The DPR ‘minister of defense’ admitted that the DPR had at their disposal sophisticated equipment for jamming unmanned aerial vehicles (UAVs). He claimed that the DPR were not always able to distinguish between UAVs of the Ukrainian Armed Forces and those of the SMM," said OSCE Deputy Chief Monitor Alexander Hug during the meeting with the DPR "minister of defense" in Donetsk on July 4, according to the OSCE report.

As UNIAN reported earlier, from November 2014 the SMM observed interference in air traffic of the drones from the militant-controlled territory of Donbas.

In early June, the head of the OSCE’s Special Monitoring Mission in Ukraine (SMM) Michael Bociurkiw said that the OSCE observers prevented drone usage on both sides of the demarcation line.