Militants increasingly firing on their own positions 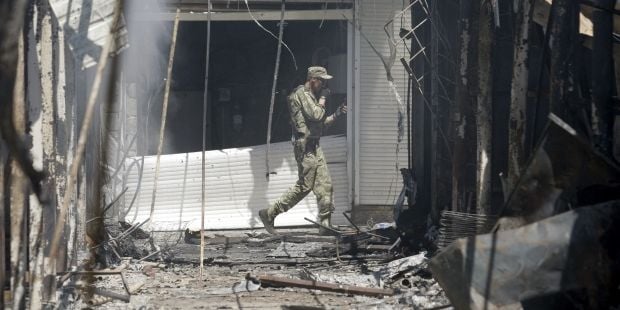 "The command of the ATO forces said that the Russian-terrorist troops were firing in the direction of their own positions more often. The main goal of these attacks is to discredit the Ukrainian military and accuse them of violating the ceasefire," he said.

According to Hutsuliak, the militants constantly provoke Ukrainian troops to return fire. However, the Ukrainian soldiers effectively suppress the firing points of the Russian-terrorist gangs with machine guns and grenade launchers.

"The ATO command says that the Ukrainian military strictly observe the Minsk agreements and fire on the militants only in case of a direct threat to the life of Ukrainian soldiers or civilians in Donbas. At the same time, the Ukrainian armed forces only use the allowed weapons," the press officer said.