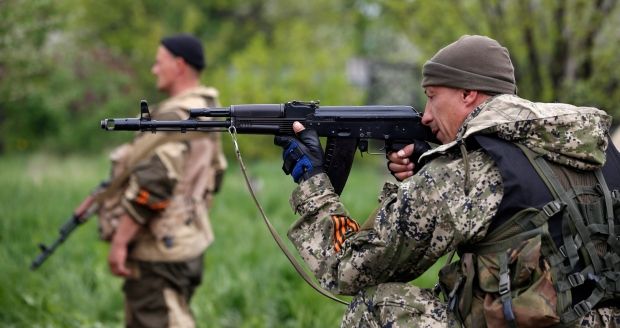 "At 22:00, near the village of Luhanske, Ukrainian military faced with a sabotage and reconnaissance group of militants. Using only small arms, our soldiers forced them to retreat. Violating the Minsk agreements, the pro-Russian gangs fired 120mm mortars near the village of Novohryhorivka in the direction of Mariupol, and three times on the village of Pisky - at 20:46, 21:00, and 22:55," the report says.

In addition, the militants fired small arms and 82mm mortars on the Ukrainian army positions near the town of Schastia, the village of Troitske in Luhansk region, the towns of Avdiyivka and Maryinka, the villages of Novhorodske, Luhanske, Lozove, Kirove, Svitlodarske, and Maiorske in Donetsk region.

On July 8, as of 06:00, the illegal armed groups fired small arms on our positions near the villages of Stanytsia Luhanksa, Opytne, Pisky and the town of Maryinka.

"The situation in the Donbas conflict zone is still under control of the Ukrainian military. Our soldiers are continuing to comply with the Minsk agreements, holding their defensive positions and giving a fitting rebuff to the militants," reads the report.