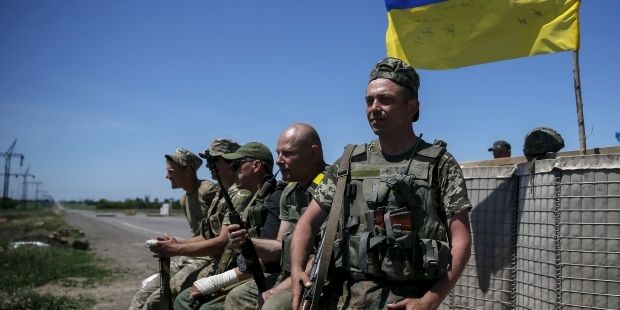 "ATO soldiers have again prevented an attempt by a sabotage and reconnaissance group across the contact line. The enemy has suffered losses and retreated," the ATO press center wrote.

It happened near the village of Talakivka in Donetsk region from 15:20 to 16:00 Kyiv time on Friday, and was a second attempt in the past 24 hours.

The first attempt to attack the Ukrainian troops was made at 02:00 Kyiv time on Friday, when ATO soldiers revealed a sabotage and reconnaissance group near the village of Luhanske and forced the enemy to retreat.

In total, the militants attacked the Ukrainian troops more than 20 times on Friday. "Of them, 11 cases were explicit violations of the Minsk peace agreements," the press center said.

In particular, at midnight on July 10, Russian-backed mercenaries started firing on the ATO forces near the village of Pisky, close to the destroyed Donetsk airport, from 120mm-caliber mortars and small arms.

At 06:55 and 10:45 Kyiv time on Friday, militants were shelling Ukrainian troops near the town of Avdiyivka, and at 09:50 Kyiv time, they started shelling areas near the village of Opytne with the use of 120mm-caliber mortars.

"It should be noted that from 12:51 to 13:13 Kyiv time, Russian-backed savages used 152mm-caliber artillery systems to shell the town of Svitlodarsk," the press center said.

"Despite the fact that pro-Russian illegal armed groups have become more active, the situation in the ATO zone is more or less controlled by the Ukrainian military," it said.