Police officials seize UAH 8 million discovered at a roadblock set up on a Mariupol-Donetsk highway in a vehicle heading toward militant-controlled territories in Donbas, according to the interior minister. 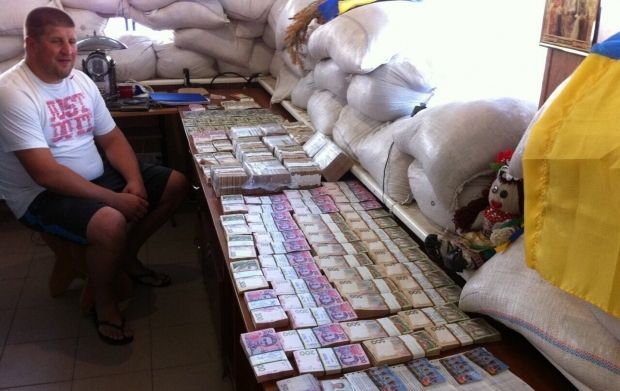 "Separatists won’t get their money! The money will stay in Ukarine. The effective work of law enforcement officials will be awarded," Arsen Avakov, Ukraine’s Interior Minister wrote on Facebook.

In turn, the president’s advisor Yuriy Biriukov noted that the right people from the Security Service of Ukraine, the State Border Guard Service, and the State Fiscal Service started real work in the zone of the Anti-terrorist operation.

"There they are, spotting a vehicle, random at first sight, at the Bugas roadblock with eight million in cash. [The money was hidden] In a spare tire, in the doors, in the seats…” he posted on social networks.