Militants threaten a devastating attack on Avdiyivka in Donetsk region, as reported by head of the Ukrainian side of the Joint Center for Control and Coordination (JCCC), Major-General Andriy Taran at a briefing in Kramatorsk today, according to local news website Novosti Donbasa at novosti.dn.ua. 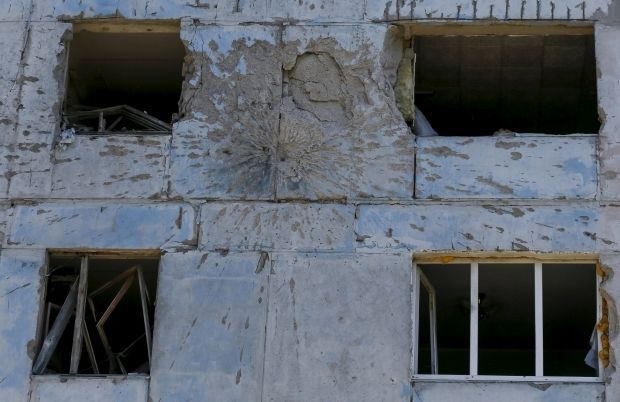 The JCCC made special appeal to the OSCE Special Monitoring Mission to take all measures to stop further escalation of the conflict due to shelling of Donetsk and the surrounding area at night on July 19, according to Taran.

"Therefore, yesterday a statement was made to stop further escalation of the conflict and deliberate destruction of the town of Avdiyivka and the Avdiyivka coke plant. Moreover, after this provocation my colleague General Romanchuk, from the Russian side, told me literally what was said in Donetsk – in case of a single missile launch at Donetsk, Avdiyivka with its coke plant will be wiped out. That is why I had to appeal to the OSCE requesting them to immediately take all measures to stop further escalation of the conflict," Taran said.

As UNIAN reported earlier, Major-General Andriy Taran reported at a briefing today that night shelling of Avdiyivka with 122-mm guns was stopped after Ukrainian military threatened to return heavy weapons to the front line and the intervention of the OSCE representatives.