Deputy Chief Monitor of the OSCE Special Monitoring Mission to Ukraine Alexander Hug claims he has met in person with representatives of Russia's Main Intelligence Directorate, or GRU, who have arrived in Donbas to perform "certain tasks," according to Ukrainian news service tsn.ua. 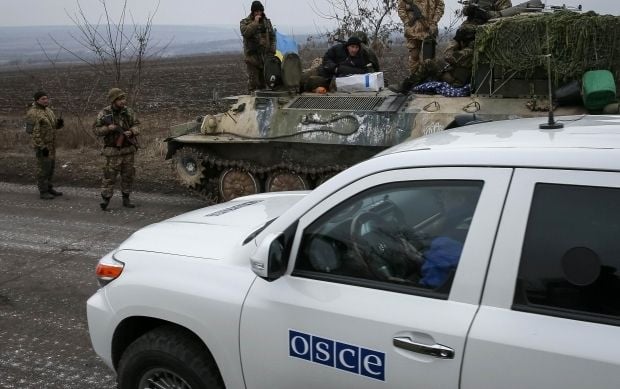 "We have recently reported about the Vostok Battalion, which has crossed the Ukrainian-Russian border. We have reported about the location of a large arsenal of weapons in territory that is not controlled by the government. I have spoken in person with two members of the Russian GRU service, who have confirmed that they arrived in Ukraine from Russia," he told tsn.ua in an exclusive interview.

According to him, the GRU service confirmed they had brought "their own" people to perform "certain tasks."

As UNIAN reported earlier, Deputy Head of the Presidential Administration Andriy Taranov stated that the Russian troops in Ukraine's territory numbered up to 9,000 men.