ATO staff: Attacks decreasing, but not near Donetsk 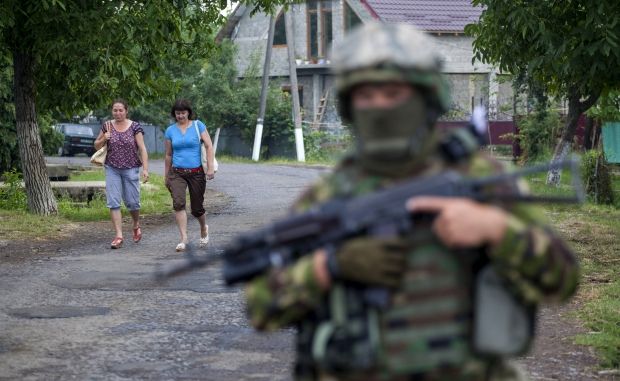 "The last day was marked by a certain de-escalation. Despite a large number of enemy attacks and provocations, there were few attacks involving heavy weapons," he said.

According to Lysenko, in the direction of Luhansk, the fighting erupted near the village of Stanytsia Luhanska yesterday. A sabotage and reconnaissance group of the Russian proxies crossed the Siverskiy Donets River in the morning and attacked the ATO forces near the village of Syze. The attack was repelled.

The militants also fired on the village of Stanytsia Luhanska in the morning and in the evening. A local resident was wounded after the shelling from rocket-propelled grenades and fire from small arms. In addition, a short-armed provocation took place south of the village of Triokhizbenka – the militants fired from the opposite side of the Siverskiy Donets River. There were no provocations between the village of Krymske and the town of Popasna.

In the direction of Donetsk, the shootout is continuing between the towns of Horlivka and Svitlodarsk. The militants fired 120mm mortars on our positions.

"The enemy launched these mortars north of the town of Vuhlehirsk and in Horlivka. There were no cases of using conventional and rocket artillery by the Russian-separatist forces," Lysenko said.

However, according to Lysenko, the situation does not improve in the area of Donetsk - the fighting continues between the towns of Avdiyivka and Maryinka. The enemy sent significant forces to the village of Oleksandrivka, including heavy weapons, thus the attacks on ATO forces increased in Maryinka. In addition, the militants fired on the positions of the Ukrainian armed forces outside the village of Berezove that was located on the strategic Donetsk - Mariupol highway.