Peace talks between the warring sides in the conflict in eastern Ukraine broke up after six hours on August 3 amid reports that they failed to secure progress on a planned buffer zone, and are said to continue on Tuesday, according to RFE/RL. 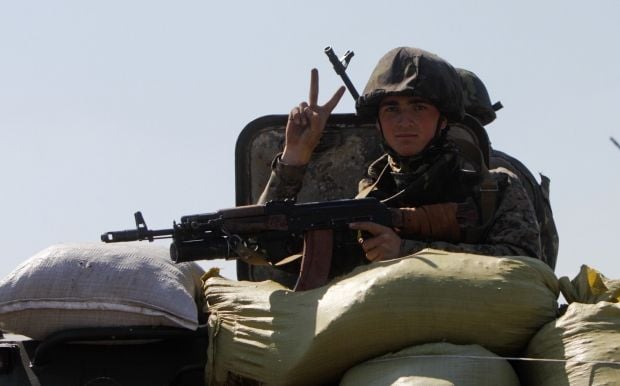 The talks in the Belarusian capital Minsk are seeking to salvage a sweeping but largely ineffective cease-fire signed by the Ukrainian government and Russian-backed rebels six months ago, RFE/RL reports.

The latest meetings were meant to agree to the withdrawal of smaller weapons from a proposed 30-kilometer-wide buffer zone, which splits militant-controlled districts from the rest of Ukraine.

Envoys from Kyiv and Moscow abstained from comments after the first day of negotiations while the negotiatior from the so-called DPR [Donetsk People's Republic] Denis Pushilin said the discussions were "aborted by the Ukrainian side" because of Kyiv's refusal to move back its forces from four strategic locations.

Pushilin said that some talks would continue into August 4.

"But most likely, nothing will get done," he said.

Ukraine has been under pressure from European allies to back the extended buffer zone. Yet several hundred residents of the Kyiv-controlled frontline port of Mariupol rallied against the pullback on August 2 out of fear that it would only provoke a new rebel advance.