Ukrainian troops awarded over UAH 700,000 for destruction of militant equipment

More than UAH 724,000 has been already paid to Ukrainian soldiers for destroying or capturing militant equipment, Head of the Ukrainian Defense Ministry's Communications and Press Department Oksana Havryliuk said at a briefing in Kyiv on Tuesday, according to an UNIAN correspondent. 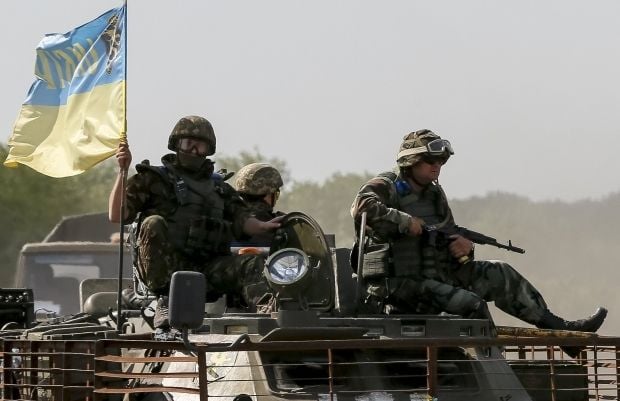 "As of today, for the destroyed or captured militant equipment Ukrainian servicemen were provided with rewards worth over UAH 724,000. In addition, more than UAH 2.5 million was awarded for the successful combat missions," she said.

According to Havryliuk, nearly UAH 45 million has been already paid to Ukrainian soldiers for direct participation in hostilities.