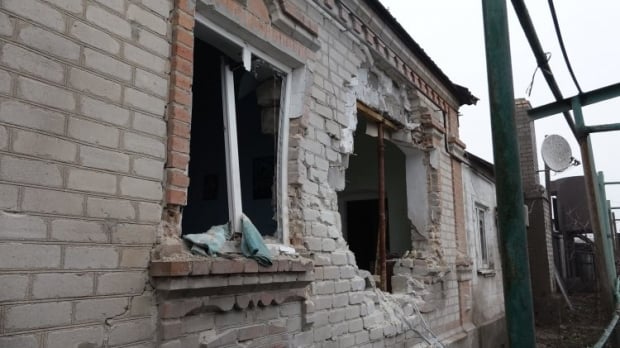 "Militants from illegal armed groups continue shelling and killing civilians, destroying administrative and industrial facilities, buildings of organizations and institutions in the social sector, which provide jobs to locals and meet their social and cultural needs. Russian-backed militants deliberately aim at residential areas where no [Ukrainian] troops are stationed. Will more death and destruction convince the international community that these illegal armed groups are terrorists?" he wondered, according to the press service.

As UNIAN reported earlier, Russian-backed militants mounted a heavy attack on the village of Lebedynske (formerly Novoazovsky district) and the village of Sartana (Ukrainian-controlled Mariupol's Illichivsky district) last night, using heavy artillery systems. Two people were killed and six were wounded in the attack. Two of those wounded, including a child, remain in a critical condition.

About 50 houses were damaged, and two were completely destroyed.

The Ukrainian authorities have classified the shelling as a terrorist act.

Mariupol's mayor announced August 17 as a day of mourning for those killed in Sartana.