Militants are attempting to destroy the Minsk truce, seeking to request "help" from Russia, according to Anatoliy Stelmakh from the Staff of the Anti-Terrorist Operation, an UNIAN correspondent reports from a briefing. 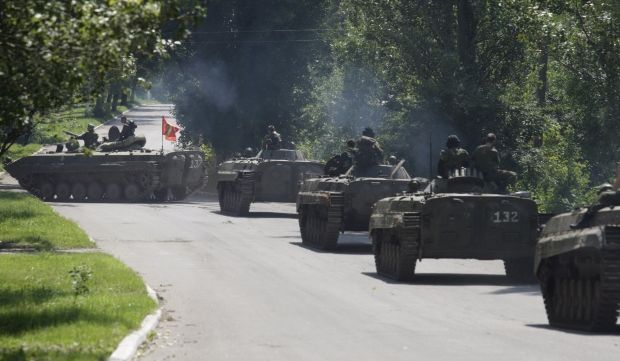 The situation in the ATO zone has remained tense on August 14-17, with the highest number of attacks on military positions of government troops by the Russian-terrorist forces in recent months.

"In addition, the invaders hardly conceal the use of rocket artillery and cynically attack residential areas across Donbas," he stressed.

Read alsoMilitants shell two villages near Mariupol, leaving two civilians dead, another six woundedAt the same time, Stelmakh said, "Analyzing the situation, we can assume that the militants want to destroy the Minsk agreements purposefully and swiftly, in order to mire the [Ukrainian] Armed Forces in active military confrontation, to provide for requesting help from the northern neighbor.”

"The criminals may try to implement such scenario on the eve of Ukraine’s Independence Day," he said.