One Ukrainian soldier killed, one wounded in Donbas in last day

One Ukrainian soldier was killed and another one was wounded in the Donbas conflict zone in the last 24 hours, head of the press center of the Anti-Terrorist Operation headquarters, Colonel Oleksandr Motuzianyk said at a briefing on Tuesday, according to an UNIAN correspondent. 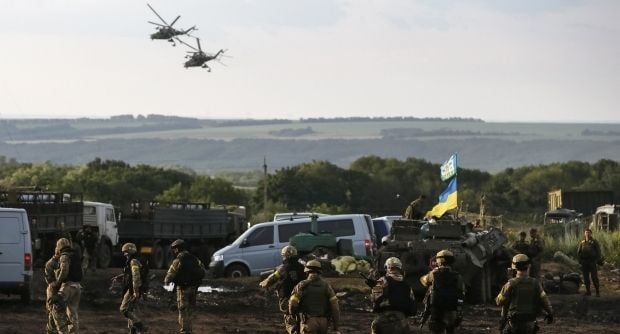 "In the last day, we lost one Ukrainian soldier, and another one was injured as a result of military clashes near the city of Donetsk," Motuzianyk said.

"Last night differed from the previous ones by the decreased intensity of the fighting, first of all - in the area of the town of Horlivka. For the first time in the past three days, the number of enemy attacks on Ukrainian army positions did not exceed 100. In addition, there was not a single case of firing on residential areas yesterday," he said.