There are significant problems with the free movement of the OSCE monitors in the militant-controlled areas of Donbas, the press center of the Anti-Terrorist Operation wrote on Facebook on Thursday. 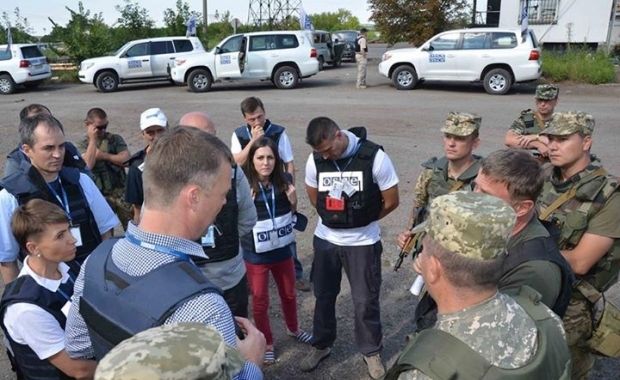 The militants of the Donetsk and Luhansk People’s Republic terrorist organizations completely block access of the OSCE observers to the Russian-Ukrainian border in Luhansk and Donetsk regions, reads the report.

"A total of 46% of the militant-controlled territory is practically closed to the OSCE monitors," the report says.