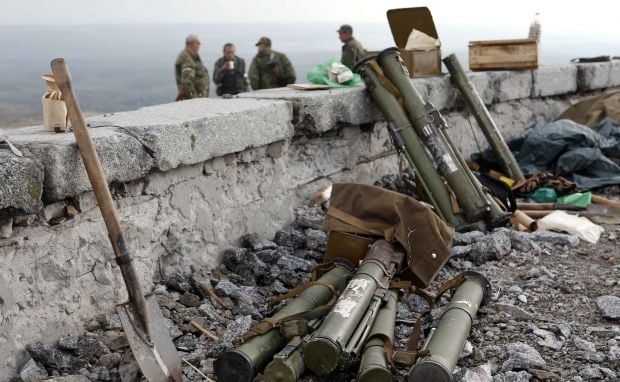 What is more, the Kremlin-backed mercenaries started firing 122mm self-propelled artillery systems on the positions of the Ukrainian armed forces in the village of Talakivka.

"There was a very serious attack on the village of Hranitne. From 05:40 to 06:50, the enemy was firing 120mm mortars there. There are casualties among our soldiers. The information is being verified," Chepurniy said.

Some media reported citing one of the Ukrainian marines, one marine was killed and another one was wounded at night.

Meanwhile, Ukrainian volunteer Halyna Odnoroh wrote on Facebook that, according to her data, two marines had been killed and another six wounded.