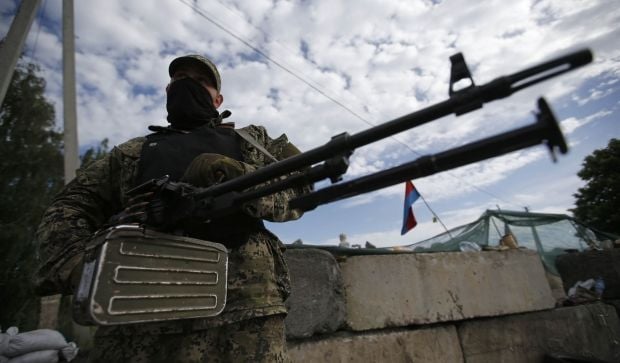 "From 18:00 to midnight on August 26, the situation was tense in the Donbas conflict zone. In the area of the militant-controlled city of Donetsk, at about 20:00 Kyiv time, the militants started firing 120mm mortars on our fortified position in the village of Pisky in the vicinity of the Donetsk airport, as well as twice on ATO forces in the village of Opytne. They also used 122mm artillery systems to shell the Ukrainian troops in the town of Avdiyivka," the press center said.

The village of Stanytsia Luhanska became the epicenter of clashes in Luhansk region in the evening. The Kremlin-backed mercenaries fired rocket-propelled grenades, mortars and heavy machine guns several times on ATO forces there.