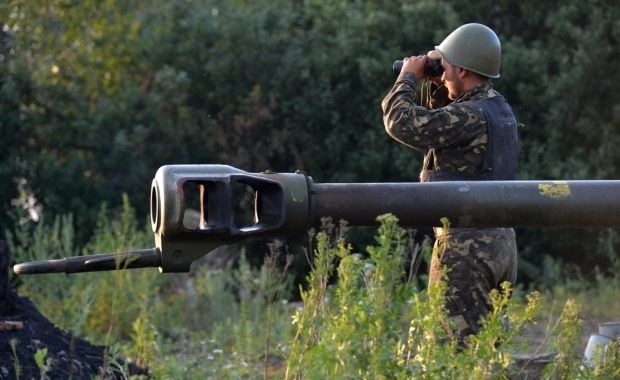 "In the last day, we lost seven Ukrainian soldiers, and another 13 were injured as a result of military clashes," Motuzianyk said.

According to him, the highest death toll was near the town of Maryinka and in the area of Ukrainian-controlled Mariupol.

As UNIAN reported earlier, according to the Donbas Battalion's press service, five soldiers of the Ukrainian armed forces were killed in action and there were no casualties Donbas Battalion fighters in fighting near Mariupol on Wednesday.

Chepurniy also said that the militants had acted by means of deceit – in order to stop Ukrainians from firing back, they would ask for a ceasefire every time after each of their seven attacks.

"Seven attacks occurred in the "M" sector from midnight on August 27. The militants fired four times on Bohdanivka, twice on Starohnativka and once on Chermalyk. The most powerful shelling occurred in Bohdanivka, where from 04:30 to 05:00 the militants were simultaneously firing 152mm self-propelled guns and 81mm mortars," the press officer said.