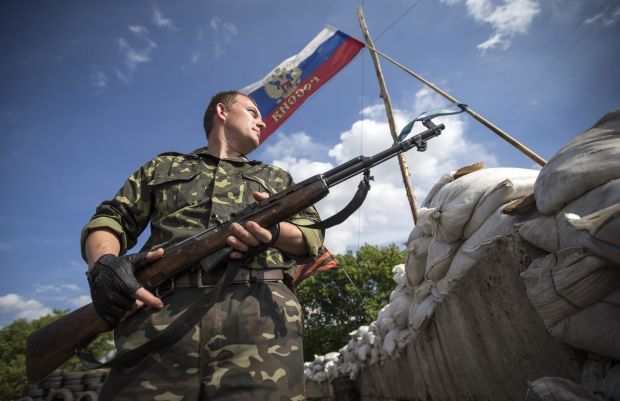 "From 18:00 to midnight on August 28, the illegal armed groups continued to escalate the conflict in Donbas. The situation was most tense in the area of the Ukrainian-controlled port city of Mariupol. At about 21:00 Kyiv time, the occupiers started firing 122mm artillery systems on our positions in the village of Novohryhorivka, the village of Starohnativka came under fire twice. In addition, they fired 120mm mortars on a fortified position of the Ukrainian troops in Starohnativka," the press center said.

In the area of the militant-controlled city of Donetsk, the militants were firing 120mm and 82mm mortars and small arms on the village of Opytne from 22:00 to midnight. At 22:40 Kyiv time, the mercenaries started firing Grad multiple rocket launchers on ATO forces there. At about 21:30 Kyiv time and almost at midnight, they were started firing 122mm artillery systems from the Donetsk airport on residential areas of the town of Avdiyivka.

"ATO forces near the villages of Stariy Aidar, Triokhizbenka, and Stanytsia Luhanska in Luhansk region were under enemy mortar fire late at night," the report says.