On August 30, the Russian proxies have virtually observed the ceasefire in the zone of the Anti-Terrorist Operation, increasing a number of attacks in the late hours of Sunday, according to the press center of the ATO. 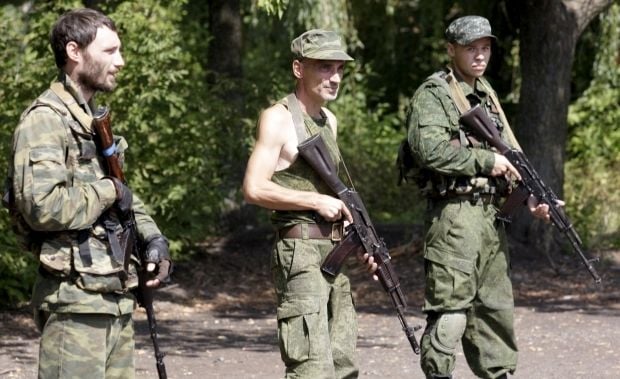 "From 6:00 18:00 Kyiv three cases of ceasefire violations were recorded along the demarcation line on Artemivsk direction. Around 14:30 and 17:00 Kyiv time, the illegal armed groups randomly fired from small arms fired on the outpost of the government forces near Lozove. At 16:25 Kyiv time the militants hit from a grenade launcher on the Ukrainian troops near the same village," the ATO press center reported on Faceboook.

In addition, the militants opened fire several times between their positions on Artemivsk direction on territories temporarily beyond government control. At 13:09 Kyiv time, the Ukrainian monitors recorded a militants engaging heavy machine gun near the village of Lohvynove in the direction of Kalynivka. Around 15:00 unknown individuals opened fire on the village of Novooleksandrivka from small arms.

Later on Sunday, at about 20:00 enemy fired small arms on our strongholds near the village of Leninske and Kirovske. At 22:00, the militants opened fire from heavy machine gun on the ATo forces in Luhanske," said the statement of the ATO press center.

Read alsoTwo dozen of prisoners exchanged in east UkraineMercenaries also fired rocket-propelled grenades at 22:00 Kyiv time on the Ukrainian units in the area of ​​Butovka mine and the village of Pisky.

After midnight, on August 31, militants used small arms against government forces near Krymske.

"At about 01:00 and 03:00 Kyiv time militants used propelled grenades, heavy machine guns and small arms against the ATO forces near Maryinka," said the press center.

As UNIAN reported earlier, on August 30, Andriy Lysenko, representative of the Presidential Administration of Ukraine on ATO, said that in the last 24 hours, the militants have substantially reduced the number of attacks on Ukrainian positions in the ATO zone.

Lysenko said that the ATO headquarters did not know what had caused yesterday's sharp decrease in a number of provocative attacks by militants.