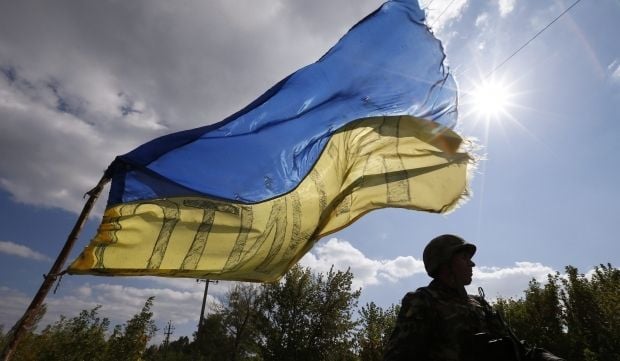 "On Wednesday, the situation was most tense. Over the last day, from 06:00 to 07:00, the Ukrainian mobile team set up to combat smuggling fell into enemy ambush between the town of Schastia and the village of Slavianoserbsk," said Motuzianyk.

"Reinforced by the military of the Ukrainian armed forces, our soldiers repelled the attack of a sabotage and reconnaissance group of the enemy. Unfortunately, two people were killed – a volunteer and an employee of the State Fiscal Service, while another six soldiers were wounded. There were no casualties on other fronts yesterday," the official said.

As UNIAN reported earlier, on Wednesday, Chairman of Luhansk Regional Military and Civil Administration George Tuka said that one of the mobile teams set up to combat smuggling in the zone of the Anti-Terrorist Operation had been ambushed suffering losses.