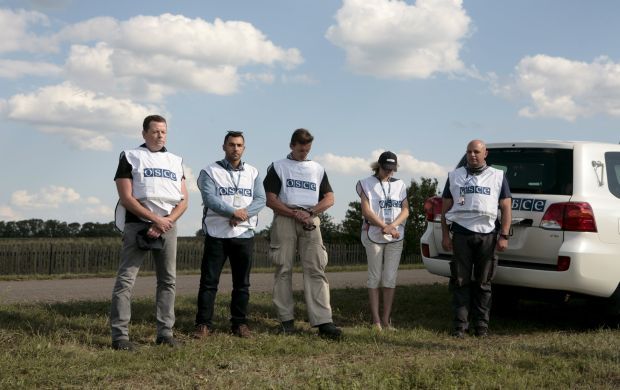 According to the update, the SMM saw six to eight MBTs on stationary trailer trucks in the area of "DPR"-controlled Horlivka (39km north-east of Donetsk).