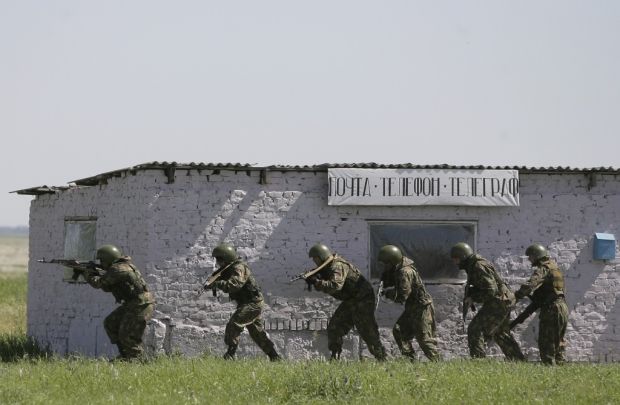 The military refused deployment in Ukraine after the completion of military drills / odkb-csto.org

"The Prosecutor's Office of the Russian Federation opened 80 criminal cases under Art. 337 of the Criminal Code of Russia (abandonment of military base) against the soldiers from the 33rd Separate Motorized Brigade (stationed in Maikop) of the 49th Army Southern Military District, who had filed reports in defiance of orders on deployment in Ukraine after undergoing special training at Kadamovsky training ground (Oktyabrsky district of Rostov region)," reads the statement published on the website of Ukraine’s Ministry of Defense.

According to authorities, in connection with the facts of disobedience and refusal to carry out orders by the commanders of certain units of the 6th Separate Motorized Regiment of the 2nd Army Corps, the Russian occupation command strengthens control over the Regiment’s operations.

Read alsoRussian troops desert army over Ukraine conflict - Al Jazeera"On October 31, the inspection commission led by the Commander of the 2nd Army Corps arrived in the Regiment’s base in order to verify the state of affairs in the military unit. The commission’s further work is planned in the advanced units of the 14th battalion of territorial defense deployed in “Donetskiy area,” where the Commander of the 6th Separate Motorized Regiment  P.Dremov is stationed," say the Ukrainian Intelligence officials.

Read alsoBodies of 26 Russian marines killed in Syria brought back to Sevastopol: Ukrainian IntelligenceAs UNIAN reported earlier, according to the ATO headquarters, the militants in Donbas flee the terrorist groups and refuse to renew their contracts.