The situation was tense in the Donbas conflict zone in the last day as the combined Russian-separatist forces opened fire thrice on the Ukrainian army positions, the press center of the Anti-Terrorist Operation (ATO) wrote on Facebook on Tuesday. 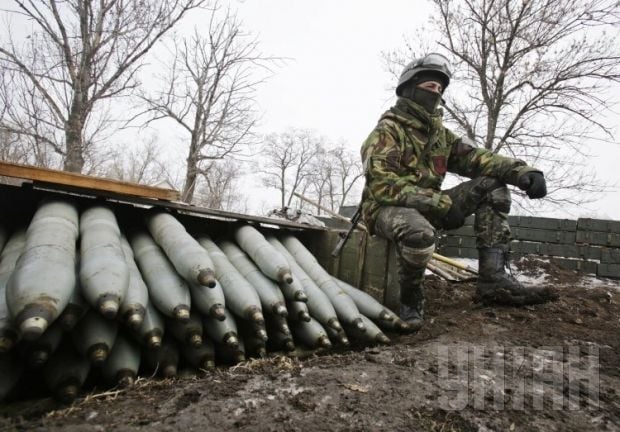 "From 23:15 to 23:50 local time on Monday, the militants were firing small arms on ATO forces near the village of Pisky. At midnight, the Russian-terrorist mercenaries started firing automatic grenade launchers on our troops near the town of Avdiyivka. Abiding by the Minsk agreements, the Ukrainian military did not open fire in response," the press center said.

The press center also said that in the village of Zaitseve, not far from the militant-held town of Horlivka, representatives of civil-military cooperation together with volunteers were handing out food parcels, hygiene items, baby food, and stationery for school children.

"In general, about 100 families have received the aid," the press center said.