At 15:00 Kyiv time the militants shelled a government-controlled roadblock outside Triokhizbenka from an automatic grenade launcher, wounding three soldiers from the 92nd Separate Mechanized Brigade, according to the press service of the Luhansk regional military-civilian administration. 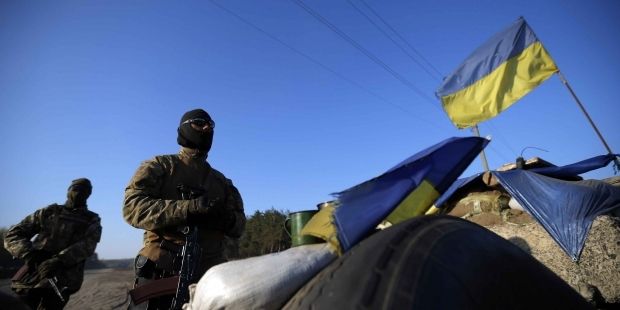 Two of the wounded troops received medical treatment on the spot, the third soldier was taken to a hospital in the town of Severodonetsk, reads the report.

"After a long lull, the terrorists went back to their old ways. Neglecting the Minsk agreements, they cynically fired at a Ukrainian stronghold in Triokhizbenka," said George Tuka, head of Luhansk regional military-civilian administration.

According to the press center of the ATO, the situation was generally tense on the ATO area in Donbas on November 3. From 6:00 to 18:00 Kyiv time the terrorists have resorted to nine provocative actions aiming fire on the positions of the Armed Forces of Ukraine.

Read alsoRussian proxies fire small arms on ATO forces near Pisky overnight"From 6:07, the terrorists fired on our positions from small arms and automatic grenade launchers near Avdiyivka, Opytne, Pisky and Shchastya. An enemy sniper was also operating in Avdiyivka. The terrorists also shelled our troops in the area of Triokhizbenka, using grenade launchers," the press center said.

As UNIAN reported earlier, armed provocations continue in Donbas on the part of the militants, as the number of such provocations has increased in recent days.

On November 5, the Armed Forces of Ukraine are to begin withdrawal of mortars with caliber under 120 mm in Donetsk region. The process is scheduled to last until November 8.