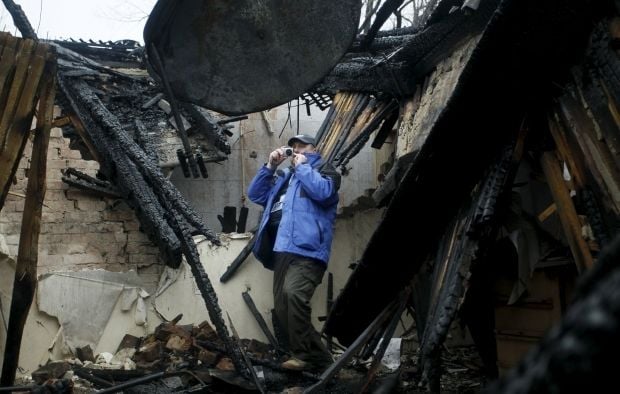 "Using grenade launchers, large-caliber machine guns and small arms, mercenaries were shelling the villages of Verkhniotoretske, Pisky, Opytne, Novhorodske and the town of Avdiyivka. Pisky was also under 82mm mortar fire. An anti-tank missile system was used to shell in the direction of the village of Luhanske. Guns of infantry fighting vehicles, rocket-propelled grenade launchers and small arms were used by invaders to fire on the villages of Zaitseve, Luhanske and Mayorsk at random," the ATO press center wrote on Facebook on Tuesday.

Ukrainian troops in the villages of Stanytsia Luhanska and Pisky were under precision fire. Novhorodske was directly shelled twice.