Arms and fighters are still pouring into rebel-held areas of eastern Ukraine from Russia, a United Nations report said on Wednesday, Reuters reports. 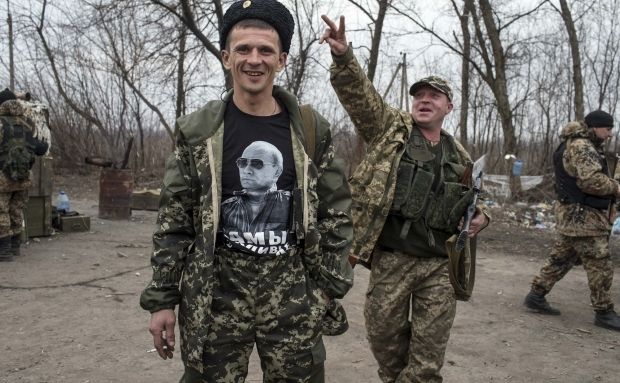 Killings, torture and lawlessness still prevail in the disputed region, the report by the office of the U.N. High Commissioner for Human Rights said, according to Reuters.

A fresh ceasefire last August has led to a significant drop in hostilities, particularly due to the withdrawal of certain heavy weapons by the Ukrainian military and armed groups from the contact line, it said, while warning of a new build-up.

"There remains, however, an inflow of ammunition, weaponry and fighters from the Russian Federation into the territories controlled by the armed groups, leaving the situation highly flammable," the report said.

Read alsoRussian proxies attack ATO forces 39 times overnight: aimed fire on Shyrokyne, Grads near ZorianeGianni Magazzeni, chief of the Americas, Europe, and Central Asia Branch of the U.N. human rights office, told a news briefing: "There is still a continuing flow of foreign fighters including in some cases retired or former servicemen of the Russian Federation and a continuing flow of weapons."

Ceasefire violations have occurred near Donetsk and Horlivka, areas controlled by armed groups, where artillery systems are being deployed, Magazzeni said.

"There are increasing skirmishes taking place along the line of contact... an area where we have 800,000 people living," he said. "That gives you a very clear sense of the implications of resumed fighting especially if it's not any longer remnants of war and IEDs (Improvised Explosive Devices), but it is actually the use of Howitzers and other very heavy weapons."

Read alsoMoldova's Ex-Ambassador to Ukraine: "Our conflicts have same causes and scenarios, but ending unclear"

U.N. investigators documented cases of "enforced disappearance, arbitrary and incommunicado detention as well as torture and ill treatment of people suspected of trespassing against territorial integrity or terrorism or believed to be supporters of the self-proclaimed 'Donetsk people's republic' and 'Luhansk people's republic'."