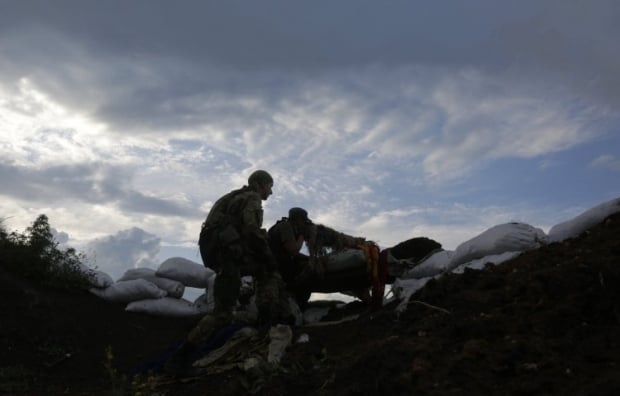 Fire from heavy machine guns was recorded, as well as from rocket-propelled grenade launchers and small arms, according to the press center’s report on Facebook.

"Using a heavy automatic machine gun, the gangsters tried to aim at Ukrainian fighters in Shyrokine," the Headquarters reported.

There was also gunfire at the Donetsk direction - near Avdiyivka, Pisky, Opytne, Maryinka, Novgorodske.The Russian proxies also used anti-aircraft weaponry near Krasnohorivka and made five shots from ab 82-mm machine gun. A shiper was recorded shooting on the positions of the ATO forces.