Another militant leader assassinated in "LPR"

After the killings of militant brigade commanders Mozgovoy and "Batman," another high-profile commander of the Cossack unit, Pavel Dryomov, was assassinated in the self-proclaimed “Luhansk People’s Republic,” according to one of pro-separatist online media. 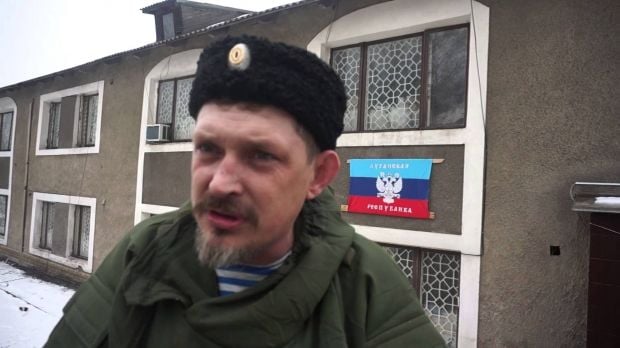 A commander of the "sixth separate motorized rifle Cossack regiment of People's Militia," Pavel Dryomov, has been assassinated, the LPR media report with reference to the so-called “prosecutor general of the LPR.”

The online resources claim that he was allegedly killed near the town of Stakhanov.

"On December 11, Dremov married a St. Petersburg resident, and today (December 12) he was killed after wedding celebrations at Nika restaurant… On the way out of the city of Pervomaisk to Stakhanov his car got blown up near the gas station, the driver of a chieftain was seriously wounded and died without regaining consciousness," the report reads.

Read alsoAvakov's adviser: Mozgovoy eliminated by Russia's GRU special forcesDremov, born November 22, 1976 in Stakhanov, served in the army in Odessa region, was an activist of one of the Cossack organizations in Stakhanov.

UNIAN memo. Pavel Dryomov, aka "Batya," [Dad] has long been the informal head of Stakhanov, which militants seized in spring of 2014. In an interview Dremov admitted that the Russian troops were present in Donbas.

On the militant-occupied territory of Donbas, clashes between different illegal armed groups are a systemic occurrence. The major reason to the conflicts is redistribution of control over territories. Also, Russia tries to control the Cossacks who refuse to obey the “LPR leader” Ihor Plotnitskiy.

In October, 2015, it was reported that the Russian FSB Security Service controls individual units of illegal armed groups, and dismissed Dremov, "who came out from under control of the Russian leadership" from the position of a militant commander in the occupied Stakhanov, due to the fact that the Cossack battalion defied Russian authorities.

To provide for a coercive response to the situation in Stakhanov, combat units and a special FSB team were deployed in the town.

Earlier in the "LPR" media reported in the deaths of brigade commanders "Batman" and Mozgovoy.